An insider secret rich farm owners know that the rest of us don’t?

Focussing on cutting costs in your farm business is probably keeping you broke.

Okay, maybe its not keeping you broke-broke…but it’s very unlikely that it is making you rich.

It’s counter-intuitive, I know. And we’re not saying reducing costs is bad and to be avoided!

But focusing on this method over the long run is undoubtedly different than what rich farm business owners do.

When you understand this, you’ll shift your thinking to maximum profit rather than minimum cost!

Here’s an example to show you what I mean…

My friend’s farmdog had a nasty case of pancreatitis earlier this year. To save the dog’s life, the emergency vet put him on a strong dose of steroids.

The steroids did the trick and the dog’s health improved.

Now, those steroids saved the dog’s life, no question about it. But that medicine won’t help him achieve better long-term health. In fact, if he continued with steroids long-term, it would actually degrade his health, as the medicine has some nasty side effects.

It was a short-term fix, not a long-term one.

In order to live a long, full life, the dog needed a new healthy diet. My friend saw a different vet who specialised in nutrition to come up with a food plan that would keep her dog on the right path.

The two vets were equally qualified and equally important to the health of her dog…but they had different goals and methods.

The goal is to save money this year but miss the opportunity that is in front for higher profits year on year.

Put another way: Your decisions to cut costs may save you $1 this year, only to cost you $10 in the long-run.

If you want to maximise profit, you need to shift your focus a bit…

If you want to build true wealth…

And start thinking like a rich business owner (who aims for big wins over the long-term.)

They ask “How do I maximise profit?” rather than “How do I minimise cost?”

Put another way: “How can I use what I have to make more money in the long-term?” Vs. “How can I save a couple bucks this year?”

When you focus on increasing revenue, it can have a multiplying effect on your profits…and that effect doesn’t happen when you just reduce costs.

Here’s an example to show you how this works:

See how that works?

*NOTE: There are lots of examples where an increase in income can be achieved without an equivalent % increase in variable costs! Click here to find out how.

It doesn’t sound like much when we’re talking about $1. But when you multiply that out over a million dollars, it’s a fair bit.

That’s why rich farm owners focus on growing revenue, rather than cutting costs.

RELATED POST: The 7-Step Plan to Higher Profits on the Farm

The proof is in the pudding

Don’t take our word for it that you’ll make more money by increasing revenue than decreasing costs.

Check out this study from the Wimmera region of Australia… 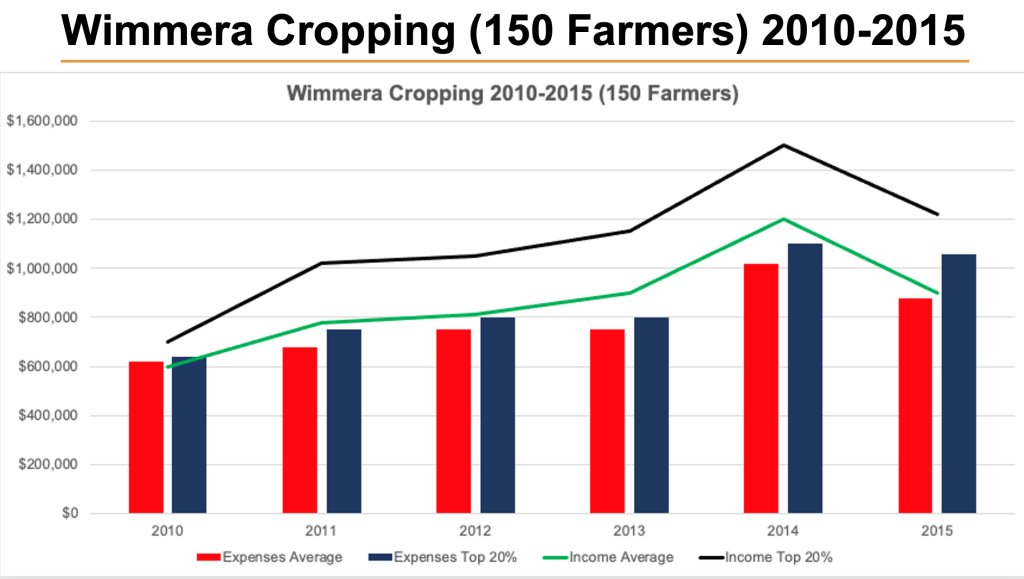 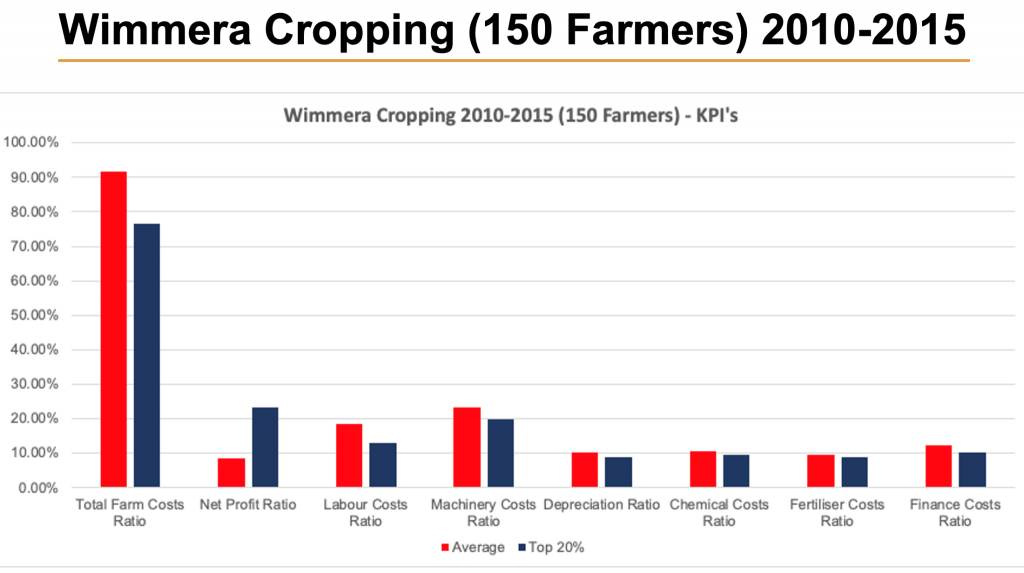 When you look at costs as a percentage of income — Total Farm Costs Ratio in the chart above — the top 20% farmers have much lower ratios than the average farmer (around 75% vs. 90%).

This may be counter intuitive as in the first graph we showed you that the top 20% businesses had higher costs but they have a lower cost ratio. Why is this happening?…Overall they are producing more output. They are using that slightly higher cost base to drive considerably more production which results in those costs being spread out over more units of production (or income).

What this means is that they have a lower cost of production (the cost per unit of output).

AND you can see their net profit ratio — which is profit/income — is also much, much higher.

So the best performers may spend a bit more…they have a lower cost of production…but they also make a lot more overall!

That’s why rich farm owners focus more on increasing revenue than decreasing costs. If you want to be a top producer, that’s what you should focus on as well.

The way that you start is by getting the right business model that delivers better profits.

The #1 most important thing you can do as a farm owner is to know your financial numbers…better than your accountant does.

Not sure where to start?

FREE TRAINING: Learn The Fundamentals Of Farm Finance…And Pump Your Profits This Year

Join us for our free upcoming webinar to get a crash course in finance, so you can learn the basics of farm business finance.

As always, we’re here to help! If this blog post piqued your interest and you want to learn more about increasing your revenue on the farm, let’s have a chat. Just send us an email at support@farmownersacademy.com and we’ll get it sorted.

The 7-Step Plan to Higher Profits on the Farm

Generate More Profit by Getting Your Financial Records in Order 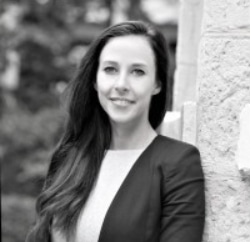 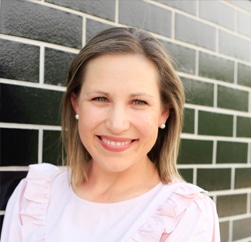 Benita is part of a family farming operation producing grain, seedstock and commercial beef cattle in southwest Queensland. Benita and her husband Adam, are experiencing firsthand the benefits of FOA Platinum Mastermind membership. Her appointment as FOA Farm Business Coach ties together Benita’s years of experience across coaching, agriculture and business. Strong on personal development, entrepreneurship and authentic communication, she is passionate about living her best life and supporting others to do the same. 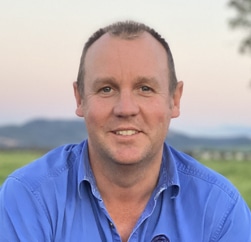 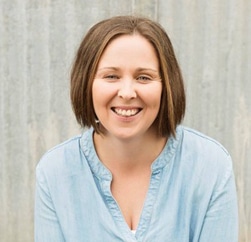 John is the technical wizard here at Farm Owners Academy. He manages the website, database and digital marketing. John has been a valued team member for over 6 years now and is our go-to person for any tech-related issues. 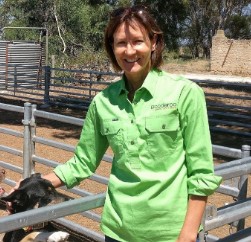 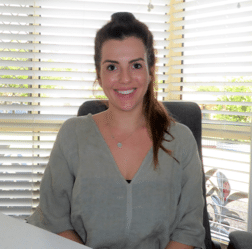 I have been working in an Administrative role on the Sunshine Coast for over 3 years. I thoroughly enjoy working within a collaborative and supportive environment and feel privileged to be working within a company that is actively helping Farmers and their businesses across Australia. I am very excited to be the first point of contact for Farm Owners Academy; I look forward to providing a friendly and helpful customer service experience to all our valuable clients here at Farm Owners Academy.

Adele has been supporting business leaders and senior executives for over 15 years. She provides the administration and support for Farm Owners Academy and is responsible for ensuring things get done. Adele is the first point-of-contact for our members. Originally from the UK, Adele now lives in Queensland with her family and is excited to be assisting farmers with their business goals.